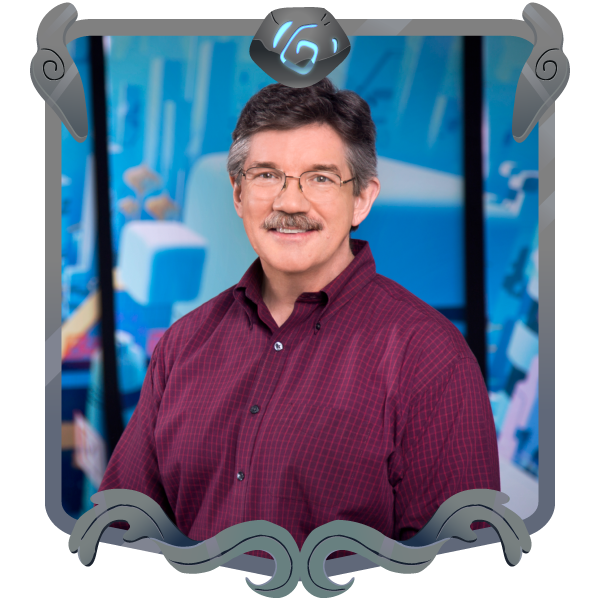 Additionally, he served as the lead 2D animator on the Oscar®-winning features “Frozen” and “Big Hero 6,” and as animator for 2016’s “Moana,” the 2013 short “Get A Horse!” and the live-action feature “Saving Mr. Banks.”

Previously, Henn served as supervising animator for Winnie the Pooh and Christopher Robin in 2011’s feature film “Winnie the Pooh,” and for Princess Tiana in 2009’s big-screen adventure “The Princess and the Frog.”

Henn joined Walt Disney Animation Studios in 1980 as an in-betweener for “The Fox and the Hound.” He was promoted to animator less than a year later, tackling the featurette “Mickey’s Christmas Carol,” for which he was part of the team responsible for animating Mickey Mouse. As an animator on “The Black Cauldron,” Henn worked on the Horned King’s henchman, Creeper, the furry Gurgi and Fflewddur Flam, the wandering minstrel. He animated Goofy in “How to Hook Up Your Home Theater” for Disney’s shorts program and provided animation for the bookend sequences of for the Walt Disney Studios’ hit “Enchanted.”

Since joining Disney, Henn has risen through the ranks to become one of the industry’s most respected artists. In his first stint as a supervising animator, Henn animated Basil, Dr. Dawson, Olivia and Flaversham in “The Great Mouse Detective.” Since then, he has continued in his role as supervising animator, bringing life to Oliver, Dodger, Jenny and Fagin in “Oliver & Company”; Ariel in “The Little Mermaid”; Bernard and Bianca in “The Rescuers Down Under”; Mickey, the Prince and Goofy in the animated featurette “The Prince and the Pauper”; Belle in “Beauty and the Beast”; Jasmine in “Aladdin”; Young Simba in “The Lion King”; the free-spirited and irrepressible heroine in “Mulan,” as well as her father Fa Zhou; the hula dancers in the opening sequence of “Lilo & Stitch”; and Grace in “Home on the Range.” He also served as an animator on the title character in “Pocahontas.” In 2000, Henn traded his pencil for a director’s chair and directed the award-winning short “John Henry,” which is based on the popular American legend.

A native of Dayton, Ohio, Henn was age 7 when he announced that he wanted to be an animator after being inspired by the Disney animated classic “Cinderella.” In 1980, he successfully completed the character animation program at California Institute of the Arts, then began his career at Disney, where he was mentored by legendary Disney animator Eric Larson. Henn is an antiques collector and American history buff. He and his family currently reside in the Santa Clarita Valley.